FULONGMA’s electric garbage truck arrives in Indonesia ahead of others to aid in the transition to a greener economy. 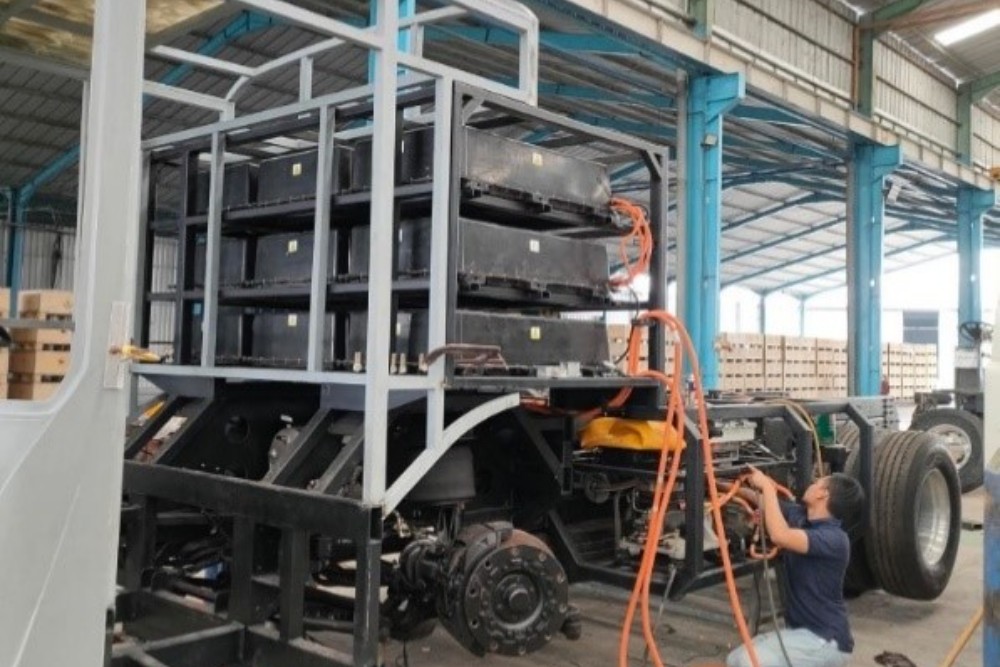 With one of the highest rates of car ownership in Southeast Asia and a sizable population, Indonesia is moving toward electrification. While the percentage of people who own electric vehicles has consistently been low, Indonesia has sold an average of one million vehicles annually over the past ten years. Indonesia has experienced severe air pollution in recent years due to burning of crops, industrial pollutants, and automobile emissions. The nation has recognized an opportunity to make the change amid both global industry trends and domestic factors.The Indonesian government has implemented a significant reform of industrial policy in an effort to lessen the country’s reliance on imported oil and reduce carbon emissions. Electric vehicles have been designated as a priority area for development, and a number of preferential policies and incentives have been introduced, including sanitation vehicles in the public sector.

Picture shows the garbage compactor truck of FULONGMA at the exhibition

The introduction of the FULONGMA garbage compactor truck in Indonesia demonstrates the brand’s global presence and cutting-edge technological, as well as the ability of the company’s sanitation equipment to adapt to local requirements around the world. FULONGMA Group has been actively “going out” as part of China’s national strategy over the past two years, actively investigating the global market, accelerating business operations and domiciles, continuously accelerating technological innovation and service upgrades, and dedicating itself to producing greener, more intelligent, and advanced quality products for international customers to support the development of low-carbon sanitation around the world.