The road sweeper is composed of two parts: the second-class chassis of the automobile and the special working device.

The auxiliary engine is the power source for the special working devices of the road sweeper to perform the cleaning operation. Power is taken from the front end of the engine, the hydraulic oil pump is driven by the belt, and the action of the cleaning device is realized through the relevant hydraulic actuators; the power is taken from the rear end of the engine, and the fan is driven to run through the clutch and pulley. 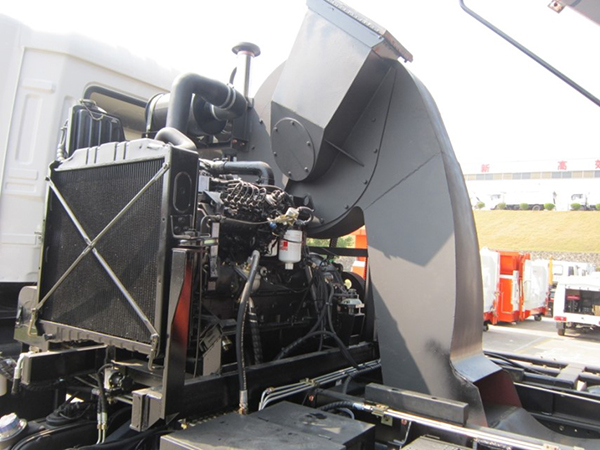 A fan is a machine that relies on the input mechanical energy to increase the gas pressure and discharge the gas. It is a driven fluid machine, mainly composed of an impeller, a casing, an air inlet, a bracket, a motor, a pulley, a coupling, a muffler, and transmission Components (bearings), and other components. 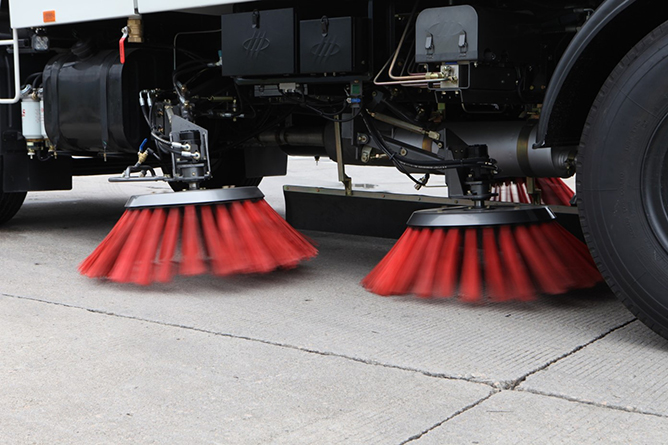 The structure of the cleaning device is mainly composed of a mounting bracket, a connecting rod, a sweeping plate, a hydraulic motor, an adjusting screw barrel, a lifting cylinder, and sand retaining plate. Through the rotation of the sweeper, the garbage is swept to the middle of the road sweeper, and the garbage is sucked away by the suction nozzle. 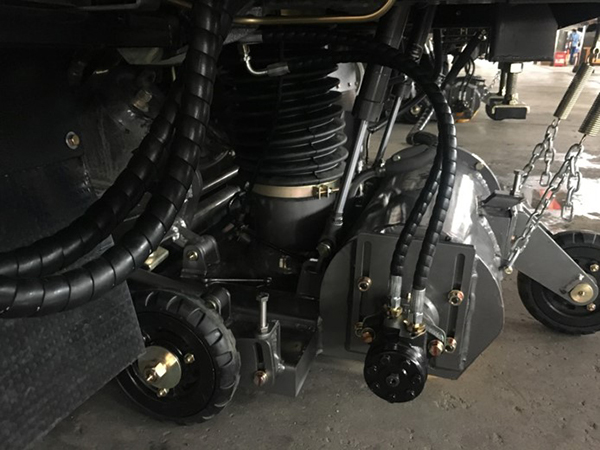 The nozzle device is composed of a nozzle, a roller, a straw, and a multi-degree-of-freedom lifting mechanism.
The air in the dustbin is drawn by the fan at a high speed to form a strong negative pressure, thereby forming a high-speed supplementary airflow at the suction nozzle, and the dust around the suction nozzle is sucked into the dustbin by pneumatic conveying to realize the suction and sweeping function.

The road sweeper box is composed of four parts: a power cover, a clean water tank, a trash box, and a sub-frame. The clean water tank is used to load clean water for low-pressure water system use. It is equipped with a level gauge, a wave plate, a water level sensor, and an air outlet. Wait. The trash can is used to store sewage and garbage and is equipped with a coarse filter, a back door, a waterproof ball valve, and an observation window. The sub-frame is used to install the oil cylinder, sub-engine, fan, and other components. 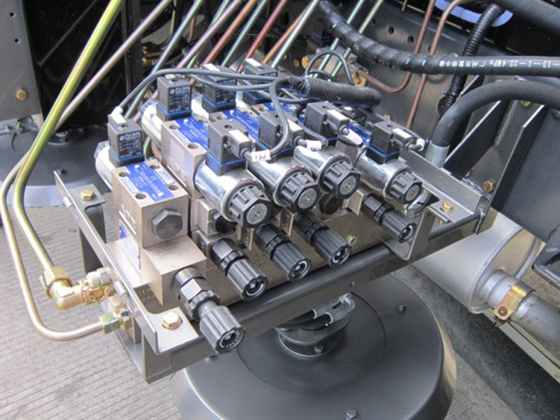 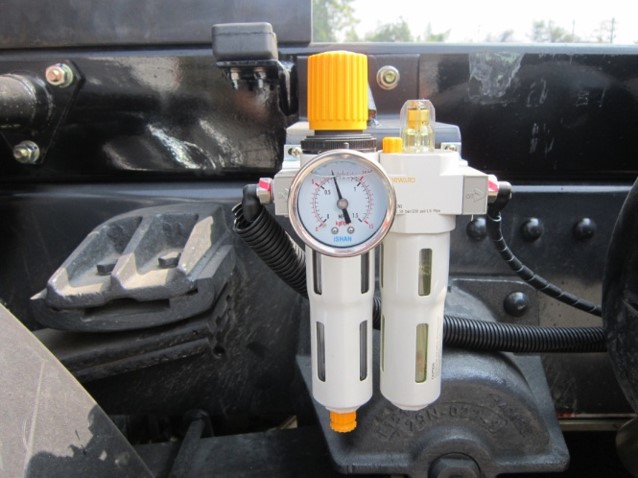 The air control system is composed of a chassis air source, triple parts, cylinders, etc., and is used to control the action of the auxiliary engine pneumatic clutch and sand retaining plate.

The sprinkler system is composed of a water pump, a water filter, a control valve, and a nozzle. It acts on the sweeping plate and the suction nozzle to reduce dust and secondary pollution.

Next: Introduction to equipment performance characteristics of large and medium-sized garbage transfer stations