Jiangmen City of China made the donation through the People’s Republic of China Embassy in Honiara.

Speaking during the Hand over, Mayor Eddie Siapu said the event marks an important gesture of appreciation on the diplomatic relations between the Peoples Republic of China and Solomon Islands.

“At this juncture, I recognise the work done by the Former City Mayor, Councilor Wilson Mamae, Former City Clerk, Rence Sore, and Appointed Councillor John Szetu for their foresight in requesting the compactor and garbage bins from Jiangmen City,” he said. 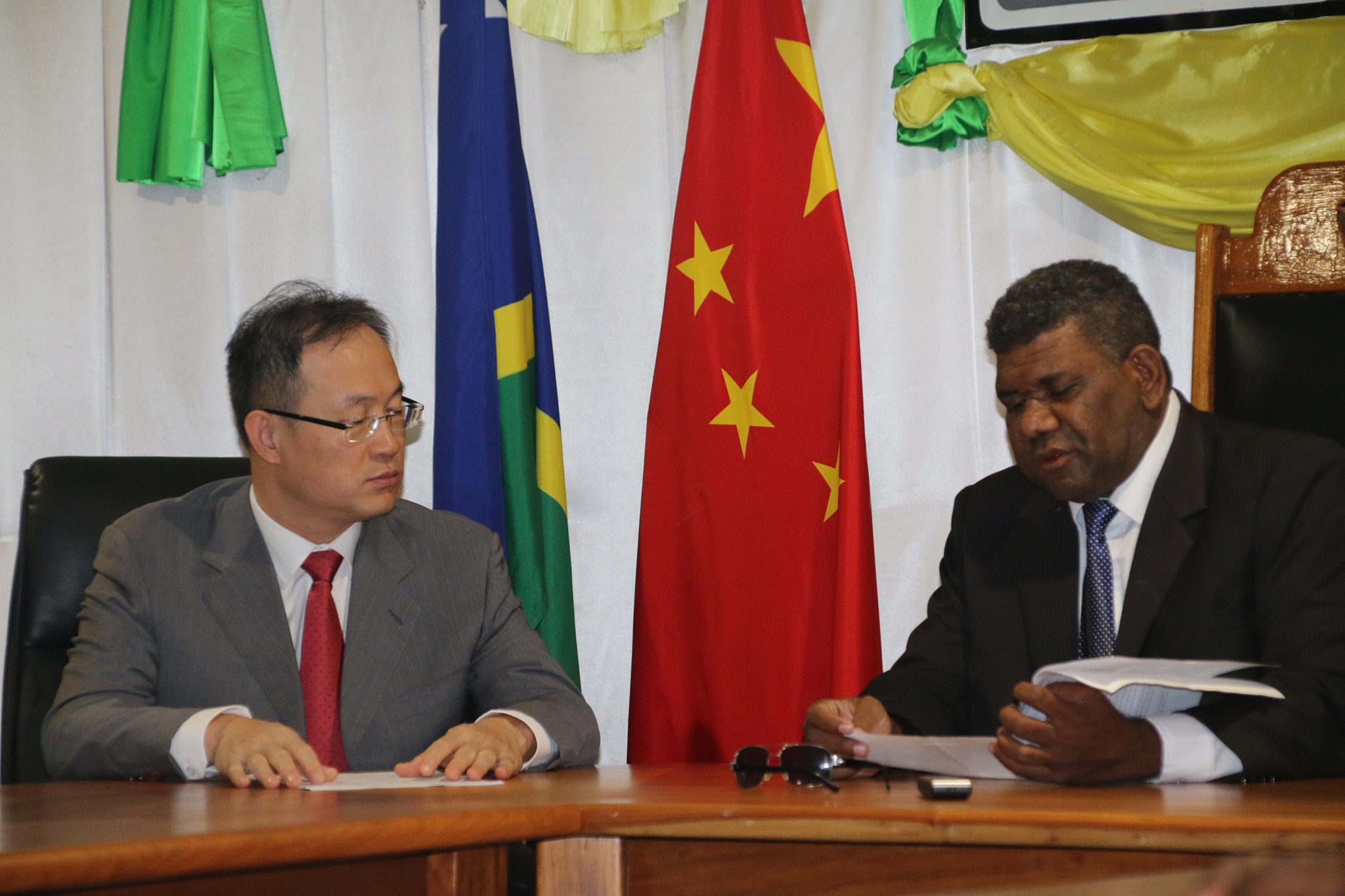 The Mayor said in light of this recognition, the 3 compactor vehicles and the 200 garbage bins will support garbage collection work of the city council.

“The donations by Your Excellency, on behalf of the Mayor and People of Jiangmen City in the Peoples Republic of China, will go a long way in the council’s aspirations of Keeping Honiara Clean, Healthy and Safe,” Mayor Siapu added.

Siapu further states that the donation is especially timely as we prepare the cleanliness of the city, in readiness for the Pacific Games 2023. It is also timely as we clean our city during the time of corona 19 pandemic.

“Your Excellency, I, hereby accept the gifts of the 3-vehicles and 200 garbage bins on half of the Government and People of Honiara City,” Siapu added.

“We are diplomats, but also residents living in Honiara, on this Happy Isle. Everyday, like all other Honiara residents, we see and understand the challenges faced by Honiara citizens on waste disposal and environment issues.”

“Today I shared the excitement with all of you. Since the establishment of China-SI diplomatic relationship, in only two years’ time, we have achieved a lot.”

HIS Excellency LI Ming said he hope the garbage trucks and bins further enhance waste disposal capability of Honiara and make the city more beautiful and much cleaner.